The mansion-lined celebrity hotspots of Los Angeles have been hit hard by coronavirus, the latest figures reveal.

Data published by LA County Public Health shows the wealthy enclaves in LA County have hundreds of cases, higher than most other neighborhoods in the area.

And the figures show celebrity filled areas like Beverly Hills, Brentwood, West Hollywood, Santa Monica and the Hollywood Hills all have a high number of cases. 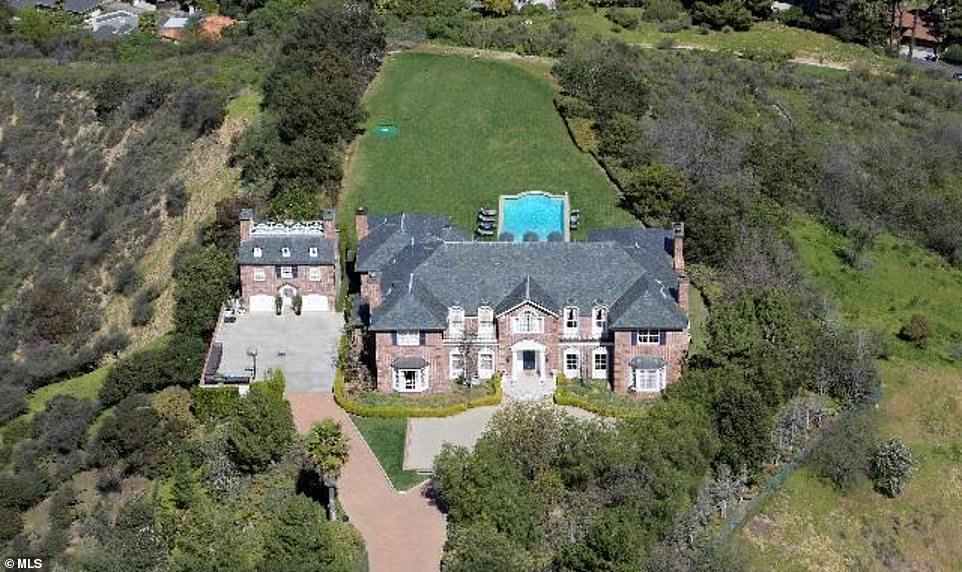 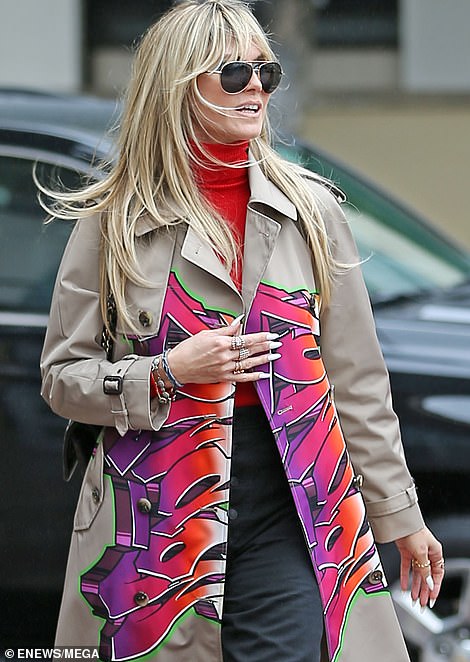 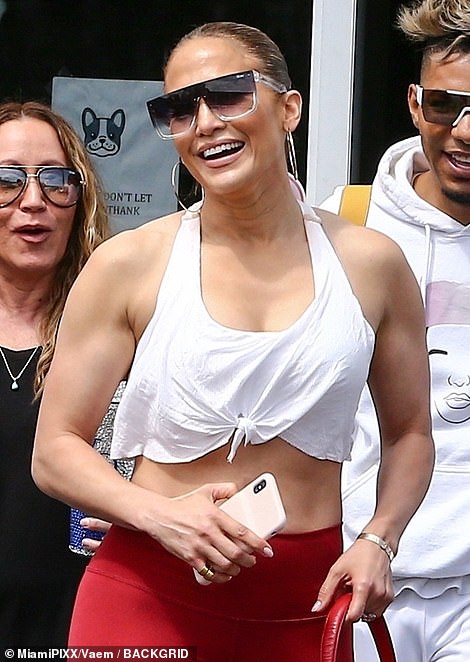 Heidi Klum and Jennifer Lopez both live in Bel Air, which is now considered a coronavirus hotspot with about nine confirmed cases of the virus 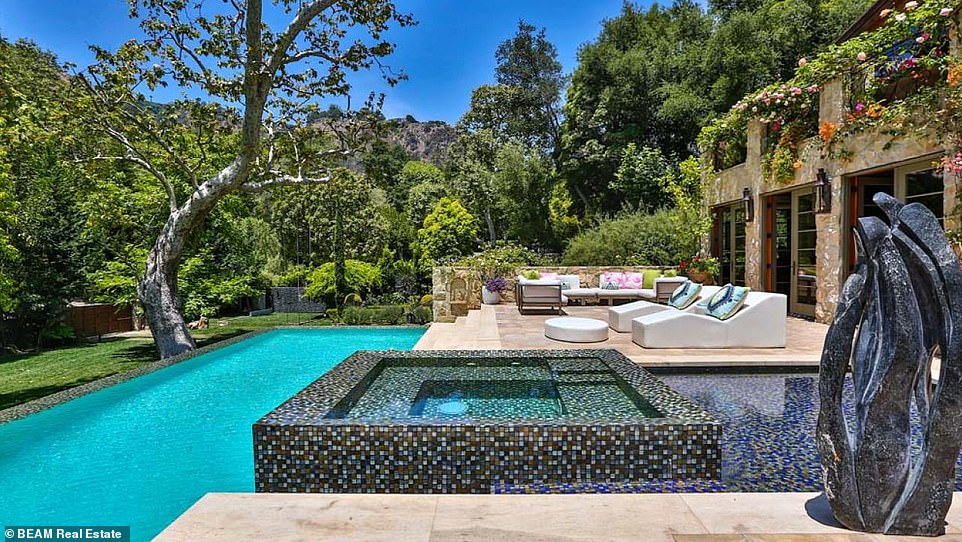 JLo and ARod’s Bel Air mansion is considered among the mansion in the coronavirus hotspot. There are nine confirmed cases in her neighborhood

The large number of cases in the affluent neighborhoods could be attributable to higher numbers of older residents, who are at greater risk from COVID-19 and are more likely to be tested.

Another possibility is that its rich and famous residents have had greater access to tests, leading to a greater number of confirmed cases.

The whole county has seen figures rise significantly in recent days as the disease spreads and more residents are tested.

LA County’s data shows 453 people have been hospitalized from the virus so far.

The county recorded 13 more deaths since Sunday, bringing the total to 44.

The county now has almost 2,500 including 700 reported since Sunday, while officials warn of tough weeks ahead as the number of cases continues to surge.

There are currently almost 7,000 confirmed cases of the virus in California with total deaths surpassing 130. 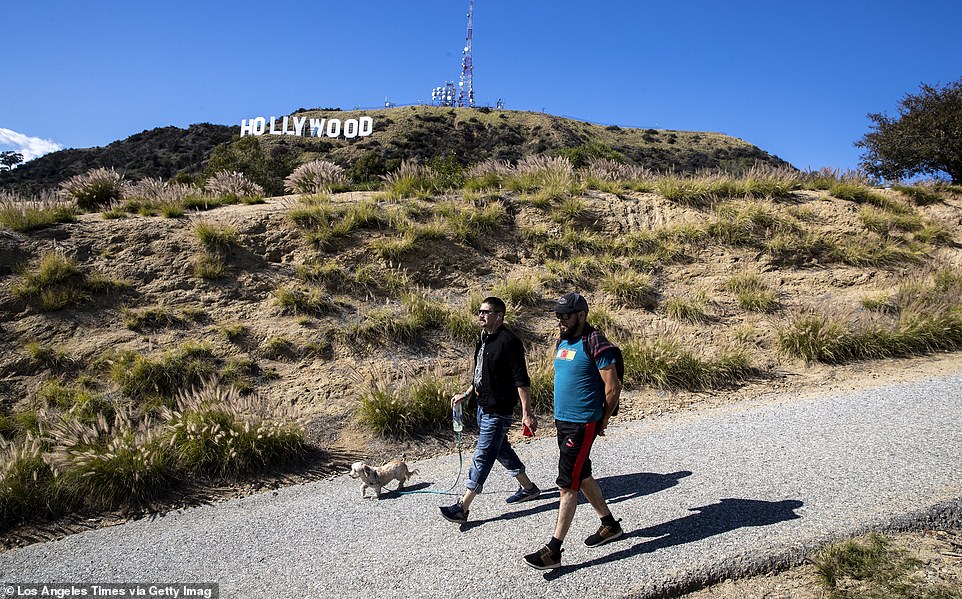 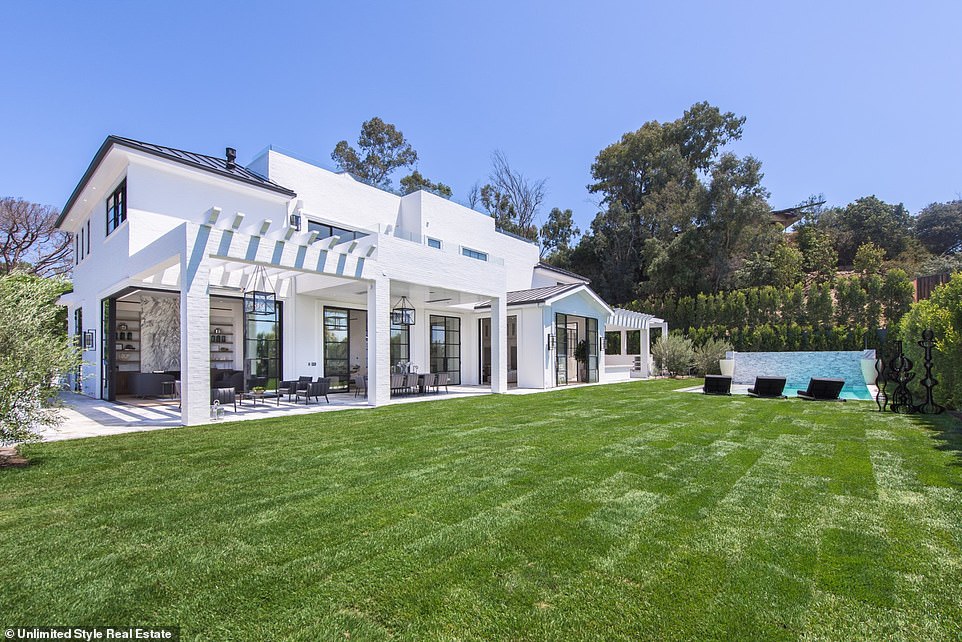 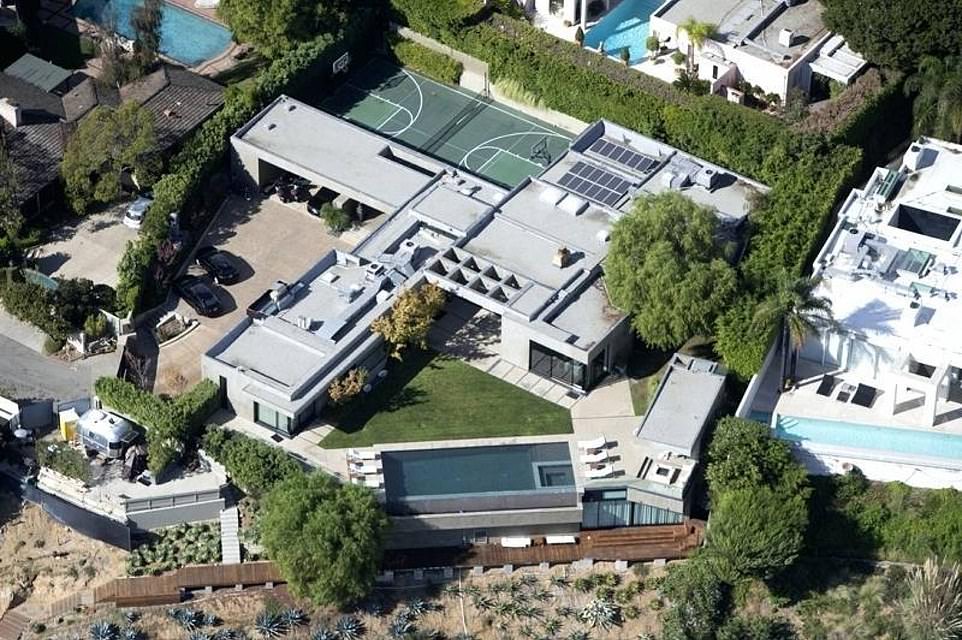 Leonardo Di Caprio’s Hollywood Hills mansion is pictured.  There are 26 confirmed cases of coronavirus in his neighborhood 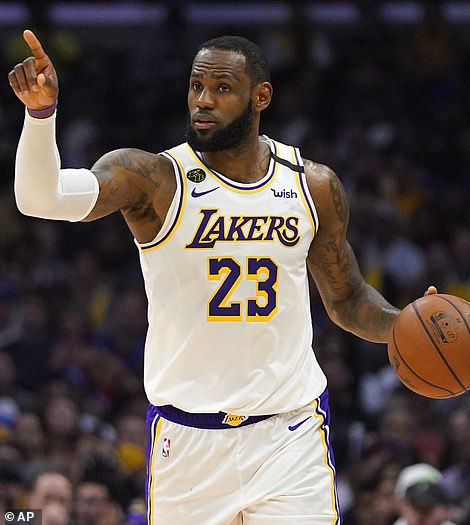 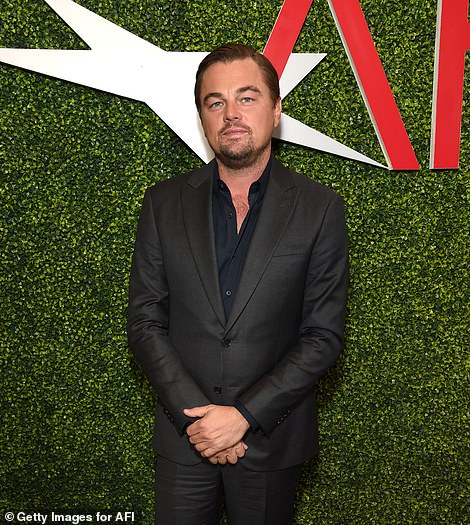 LeBron James’ neighborhood of Brentwood has 33 confirmed cases of coronavirus, while there are 26 cases in Leonardo Di Caprio’s Hollywood Hills area

In LA, Melrose – a trendy area where celebrities are often spotted shopping at its upscale flea market and hipster stores – is reporting the most confirmed COVID-19 cases at 71.

Close behind is West Hollywood with 52 cases. Celebs love the WeHo nightlife, frequenting high end restaurants Craig’s and The Ivy and nightclub The Viper Room.

COVID-19 cases are also prevalent in celebrity laden areas such as Hollywood with 49, Santa Monica with 47, Brentwood with 34, Manhattan Beach with 31.

Stars including Gwyneth Paltrow, Harrison Ford, Arnold Schwarzenegger and Tom Brady call celebrity enclave Brentwood their home, and others have luxury pads there costing tens of millions of dollars.

Heidi Klum owns a mansion in Bel Air valued at $13.4 million, and LeBron James bought a $23 million home in Brentwood in 2018 after signing with the LA Lakers.

The Hollywood Hills, which has has 26 cases of COVID-19, is home to the likes of Leonardo Di Caprio, who owns a $4million five-bedroom, eight-and-a-half bath mansion there as part of his impressive property portfolio.

Other stars residing in the hills include Jared Leto, Ben Affleck, Halle Berry, Keanu Reeves and Robert Pattinson, while Johnny Depp also has several homes there. 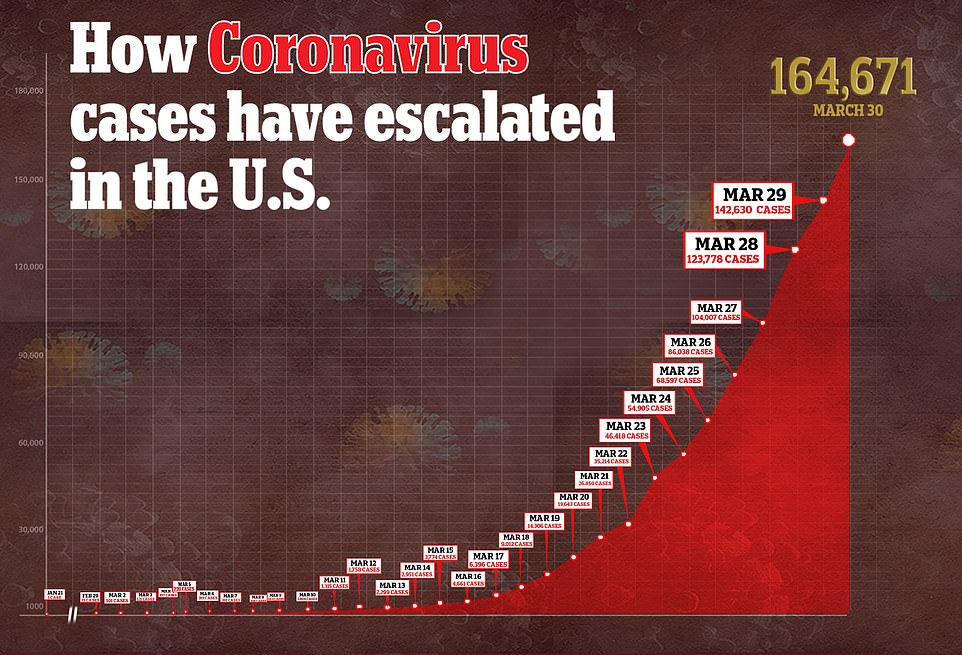 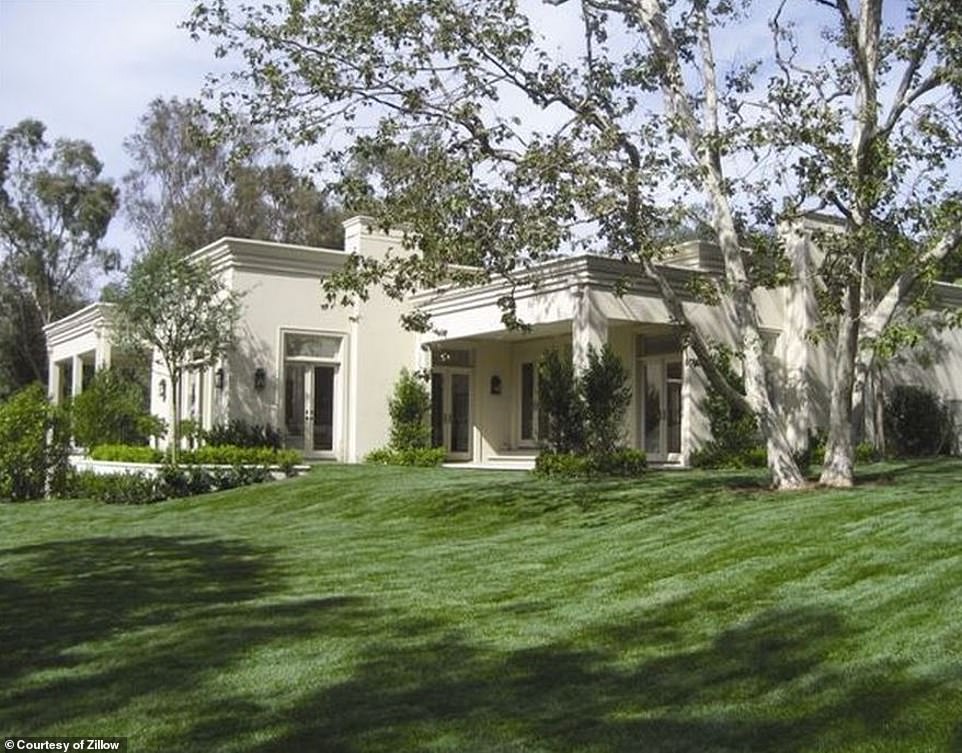 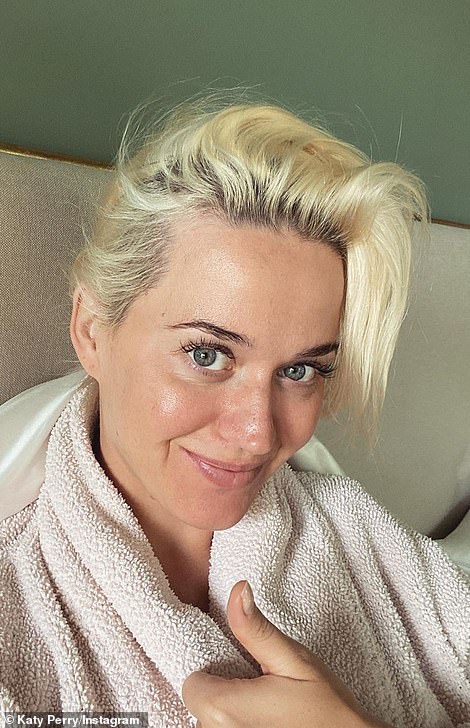 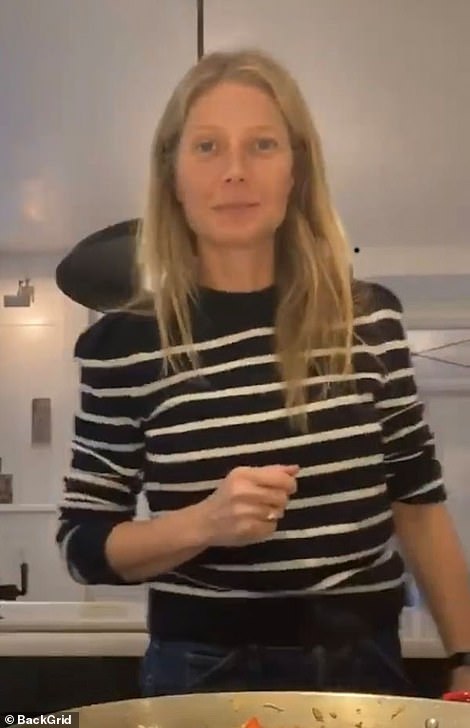 Celeb favorite Beverly Hills – which has recorded 28 cases of coronavirus – is home to a string of A-listers including Jennifer Aniston, Taylor Swift, Jennifer Lawrence, Katy Perry, Jessica Alba and Sandra Bullock, to name but a few.

High-end Bel Air, where Jennifer Lopez owns an incredible 13,931 sq ft mansion which she bought for $28million in 2016, has nine cases.

The LA County health officer has issued an order for all residents who have tested positive or are presumed positive after exhibiting the symptoms of the virus to self-isolate.

The order also requires all close contacts of those infected to self-quarantine.