Once upon a time, a Hemsworth brother decided to decamp from their native Australia to Los Angeles, with a handful of acting credits and some big dreams.

Nope, not that one.

Er, not that one, either. Because if you were unaware that Chris Hemsworth and Liam Hemsworth have an older brother, boy are you in for a treat. (Also, there may be some other pop culture phenomena you may need to catch up on.)

Luke Hemsworth, the eldest of the Australian Hemsworths, was actually the first of the trio to land himself an IMDB profile, after a childhood spent traversing the Northern Territory of the Australian Outback, where their parents worked at a cattle station.

Asked on Jimmy Kimmel Live back in 2016, if it was true that they were raised “basically like a pack of wild dingoes,” Luke cracked, “Yeah, the Hemsworth house of horrors.” Between their motorbikes and a plethora of dirt roads to choose from, they managed to keep themselves entertained. “We’d wake up in the morning and literally say, ‘See ya, mum,’ and just disappear into the bush.”

But at some point, their family uprooted to Phillip Island, south of Melbourne, and the brothers realized there just may be a market for a trio of attractive boys with acting chops. The eldest by two years, Luke was the first one to dive in, scoring a role on the very trendy Aussie soap Neighbours after studying at the prestigious Australian National Institute of Dramatic Art.

“Then my focus changed. I wanted to have something that could provide money while still allowing time for auditions. So, I learned the flooring business, started my own, and in that time, got married and had a couple of kids,” the now-38-year-old father of four with wife Samantha Hemsworth told Entertainment Tonight in 2016.

But by that point he’d already laid the groundwork for Chris, now 36, who turned a guest spot on Neighbours into a recurring role on another soap, Home and Away. Sensing a successful formula, Liam appeared on that show before making his way to Neighbours, the series that started it all.

And while Chris was the first to truly go Hollywood and make the leap to California, he brought his brothers along, offering Luke the chance to serve as his trainer on Thor: The Dark World. “Watching him go through all that [early success] crystallized in my mind that it was what I wanted to do,” Luke told ET. “And that I couldn’t stay sanding floors for the rest of my life!”

Now all three seem to split their time between L.A. (where Luke settled in Malibu, just a stones throw from where 30-year-old once Liam lived with now ex-wife Miley Cyrus) and Australia (where Chris returned to raise his trio of kids with wife Elsa Pataky) and have steady gigs all around.

As Westworld actor Luke joked ahead of the sci-fi drama’s premiere, “We’re coming out of the woodwork!”

If only. While there are but three Hemsworths to enjoy, there is no shortage of other talented siblings running around Hollywood. And with today being Brother’s Day, it felt like a good time to recognize their contributions to society. Behold, some of our fave bromances.

While the Baby Driver star prefers life in front of the camera, his big bro has made quite a career for himself working behind the scenes as a director, producer and cinematographer. 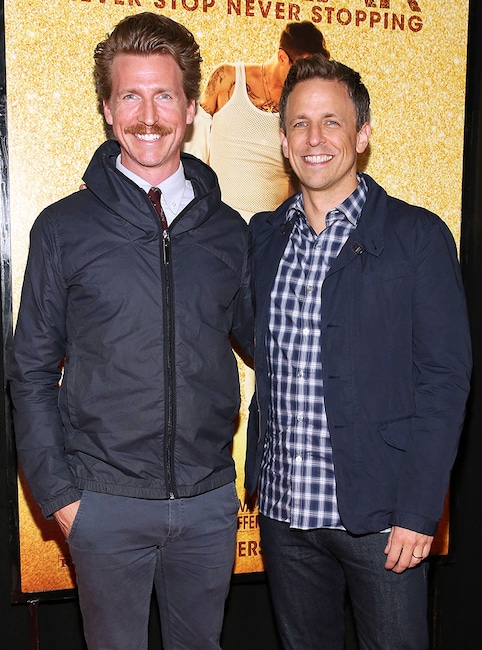 Oh to have a seat at that Thanksgiving dinner table. The talk show host and Saturday Night Live alum is older brother to the That 70’s Show character actor and one time Mad TV castmate. 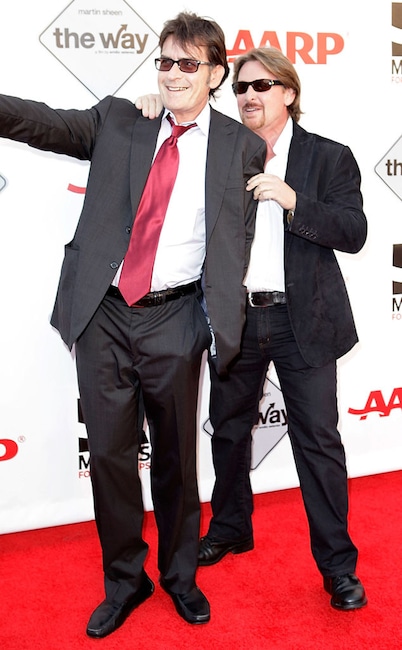 The oft-troubled Two and a Half Men alum adopted Dad Martin Sheen‘s stage name; the Breakfast Club actor chose to stick with the family moniker given to him at birth. No matter their differences (and there are a few), a shared talent means they’ll always be winning. 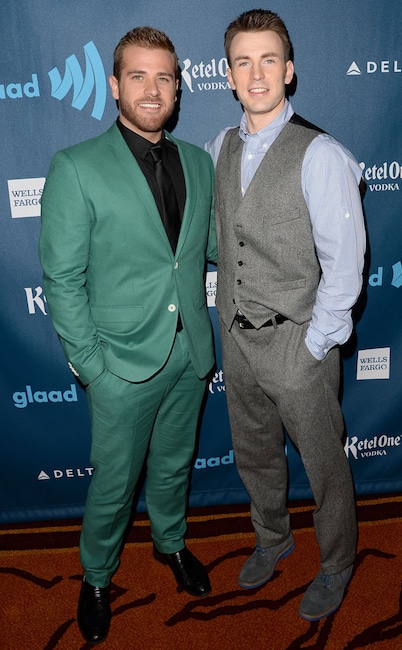 What’s it like being Captain America‘s little brother? You’d have to ask the One Life to Live actor, most recently seen on Grace and Frankie. 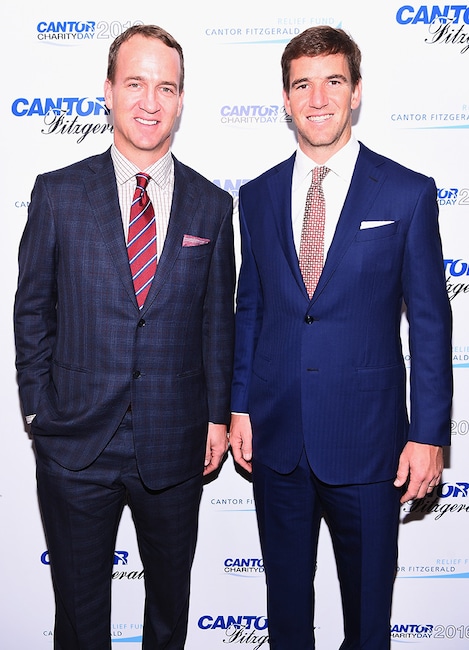 Before they each hung up their pads, the NFL quarterbacks were true game changers, notching two Super Bowl wins apiece as they helmed the Indianapolis Colts and Denver Broncos (Peyton) and New York Giants (Eli). In their head-to-head record, older bro Peyton has come out on top all three times. 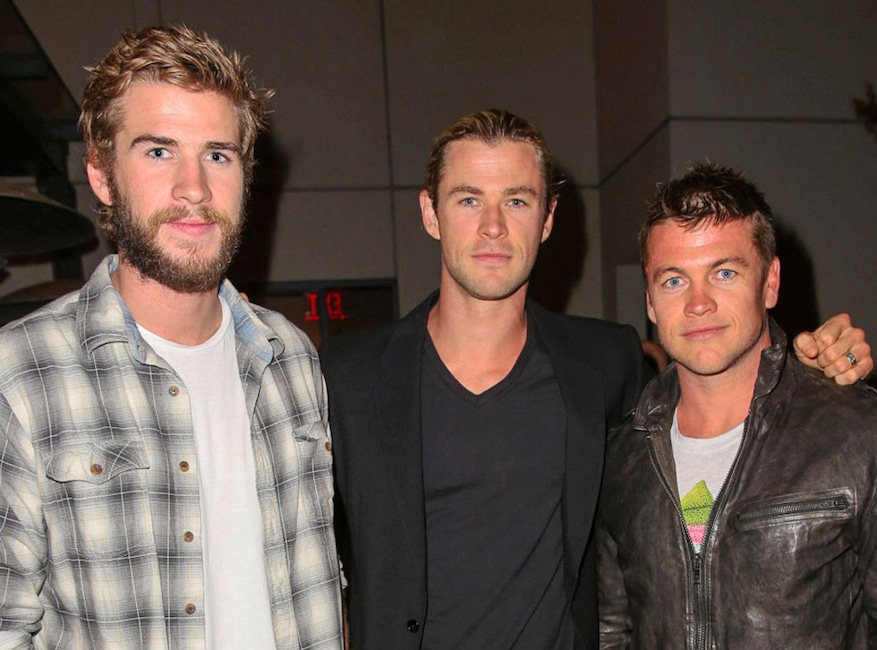 Growing up, their fights were vicious (“It’s one way of expressing love. That was how we did it in our house—’Hey, man, good to see you, here’s a punch in the face for you,'” Liam explained to Conan O’Brien in 2012) but you’d be hard pressed to find three better mates. “He’s my hero,” Liam told GQ of Chris. “I really look up to him.” 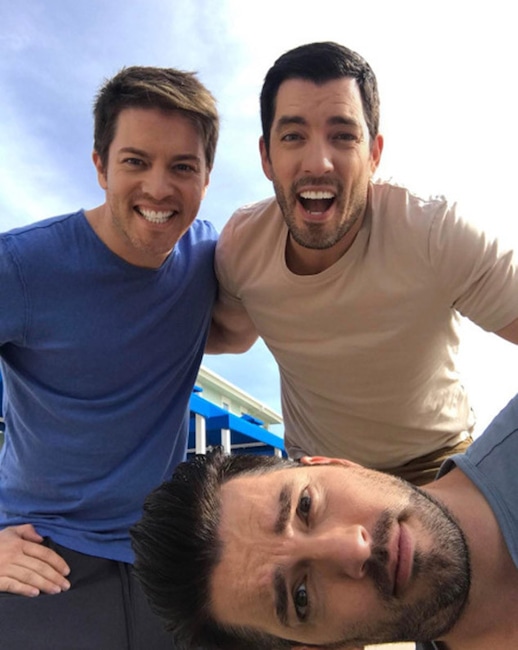 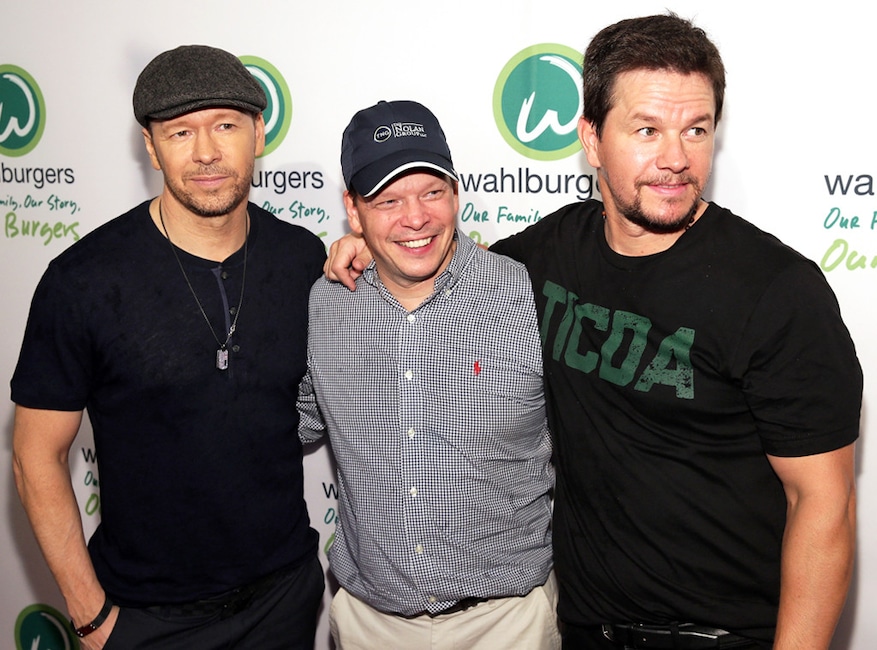 From Marky Mark and New Kids on the Block to thriving acting careers, brothers Mark and Donnie took similar paths to Hollywood’s upper echelon while Paul kept the home fires cooking. The executive chef, well-known to Wahlbergers viewers, was instrumental in the success of the family’s nationwide casual dining chain of the same name. 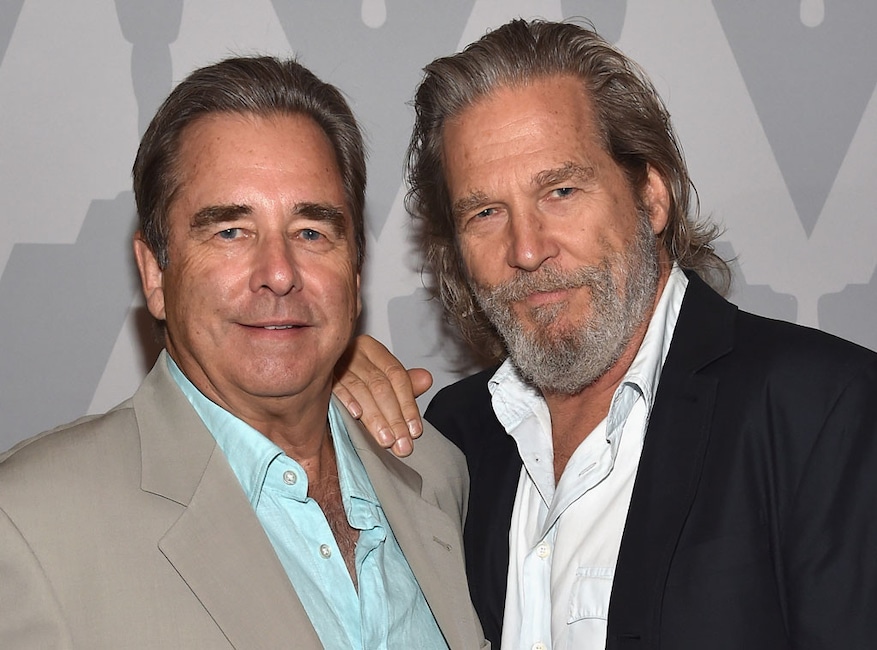 The Fabulous Bridges Boys: Former child actors and sometime costars (born to actor Lloyd Bridges), the Los Angeles natives have quite the collection of hardware between them—three Emmys, four Golden Globes, a Grammy and Jeff’s Oscar for 2010’s Crazy Heart. 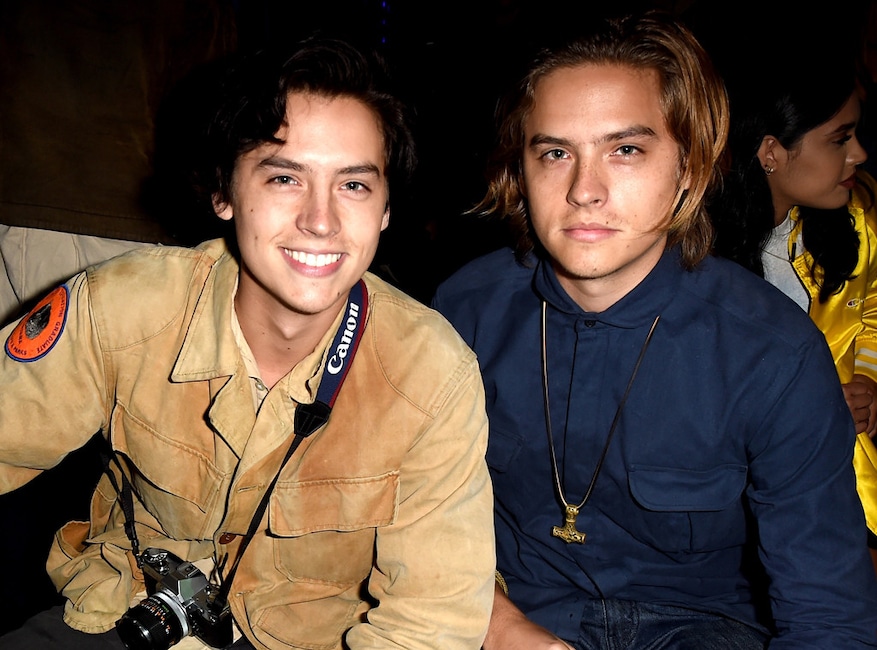 The Sprouse twins first came on the scene in the dual role of 5-year-old Julian in 1999’s Big Daddy and eventually landed their own Disney show, The Suite Life of Zack & Cody. These days, the twentysomethings have transitioned into more adult roles with Riverdale and Dylan’s upcoming adventure, Tyger Tyger. 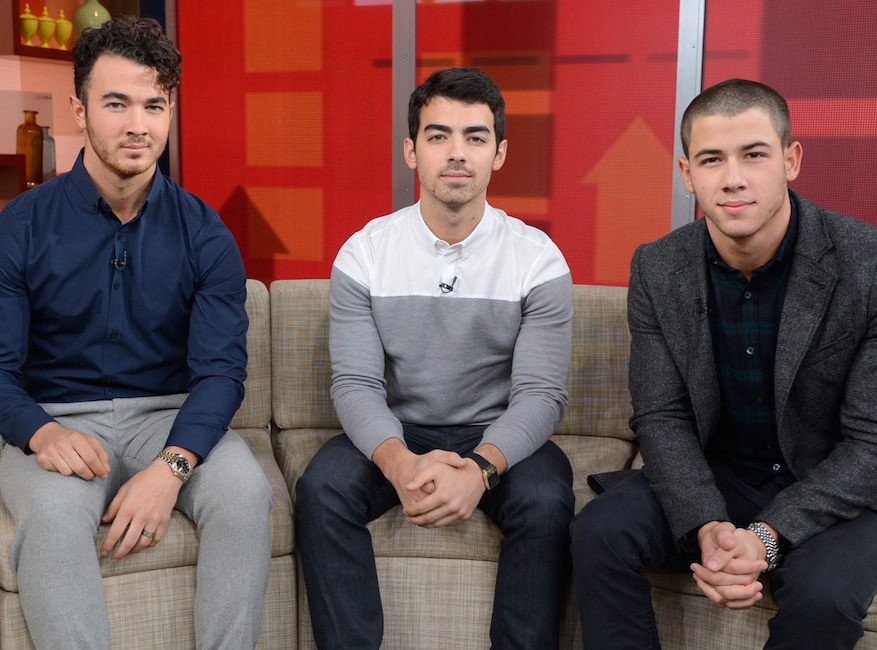 Yeah, we’re still a “Sucker” for the Jonas Brothers—we’re “Only Human”. And we’re “Burnin’ Up” with gratitude they decided to get the band back together and bring the J Sisters along for the ride. 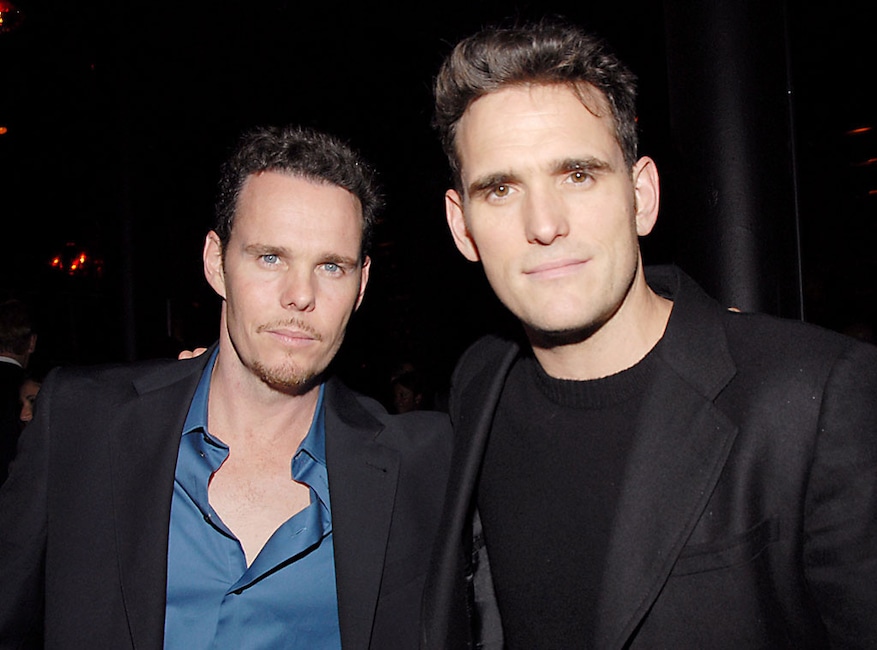 There’s no drama between them, but let’s say Kevin had some experience to draw on for his fame-making Entourage role as the little sib of a well-known film star. As he told The Guardian in 2015, “I’ve been called ‘Matt’s brother’ my whole life.” 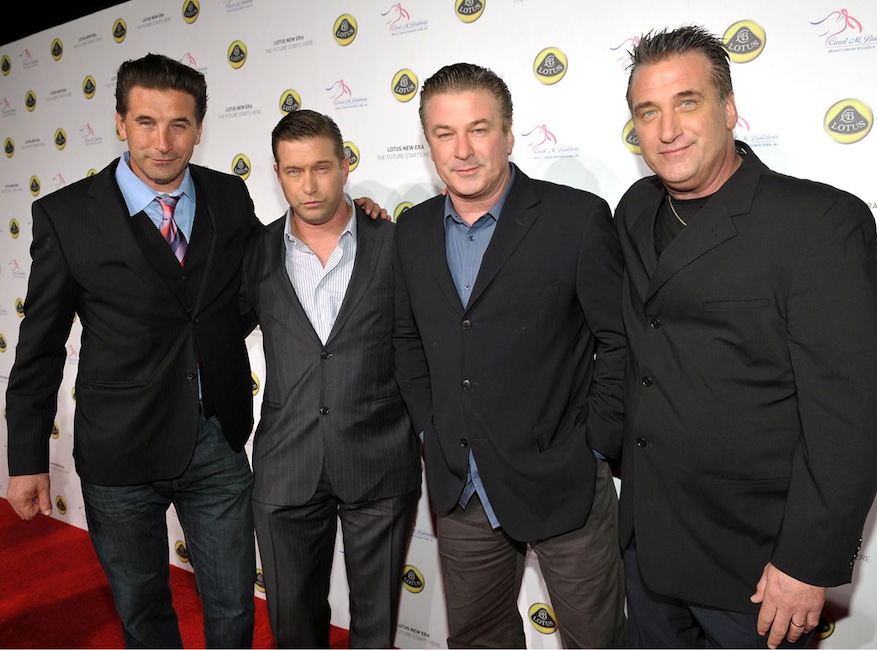 Before they were known as Hailey Bieber‘s kin, the acting quartet was so synonymous with good looks that even Clueless‘ Cher Horowitz referred to her crush as “a total Baldwin.” 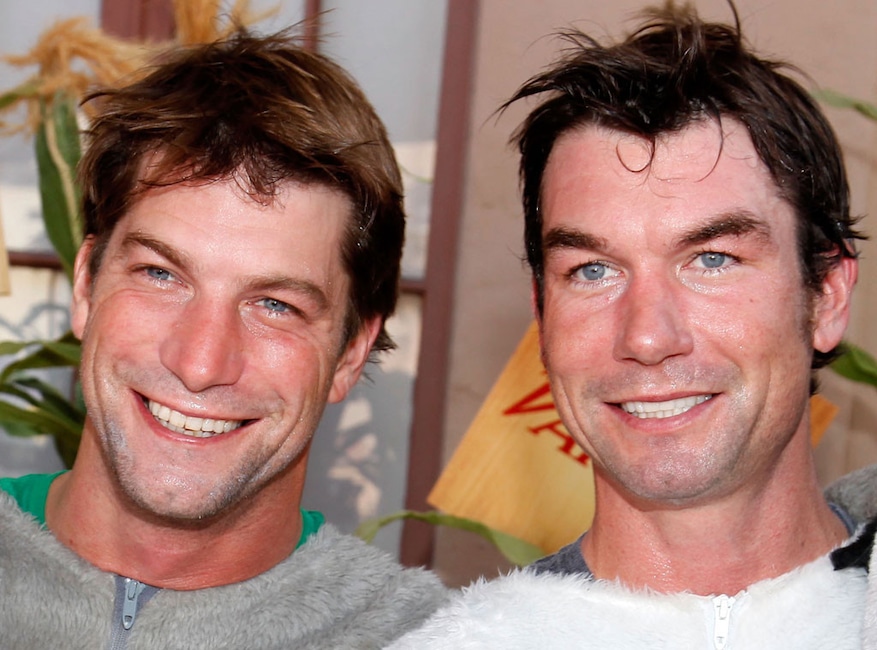 Raise your hand if you didn’t realize the Jerry Maguire actor had a lookalike little brother until he was picked to hand out the roses on The Bachelor in 2005. Will you accept our apologies? 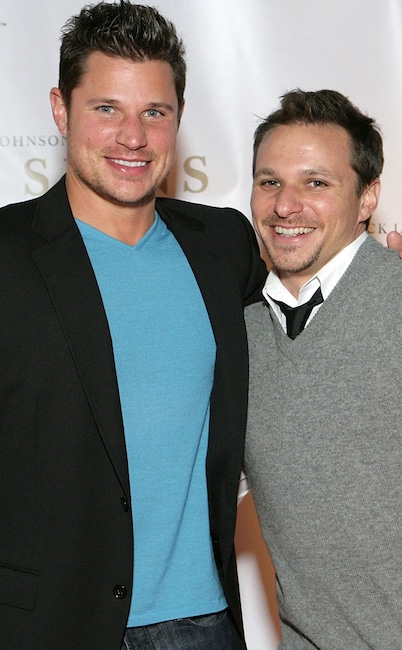 As one half of boy band 98 Degrees, the Ohio-bred musicians (now both married with kids) have been making temperatures rise since 1996. 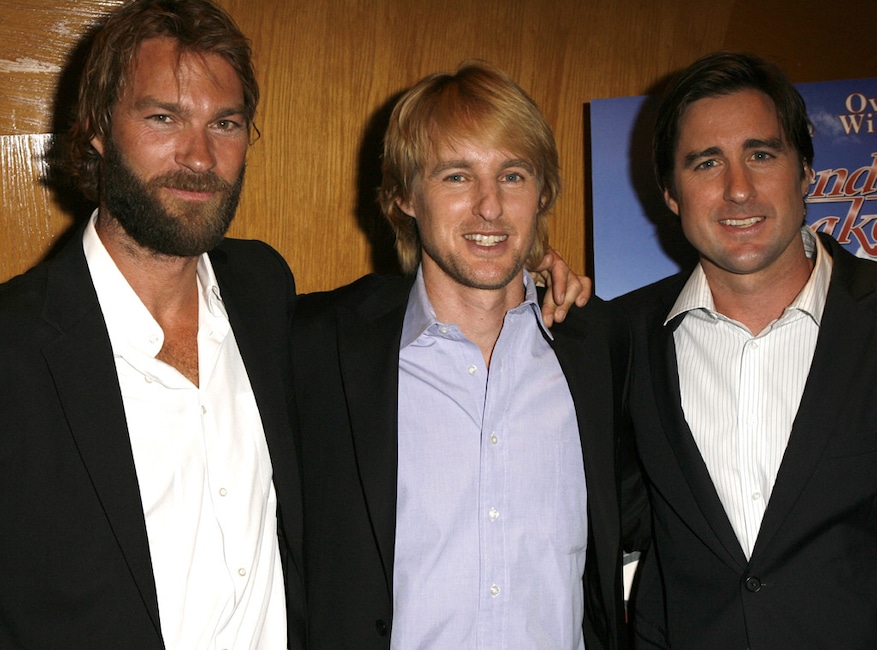 Basically the American version of the Hemsworths, this acting trio has been appearing on movie theater screens since 1996’s Bottle Rocket. And while Luke and Owen may be more instantly recognizable, eldest brother Andrew has nabbed parts in films such as Fever Pitch, Whip It! and The Royal Tenenbaums, starring his little bros. 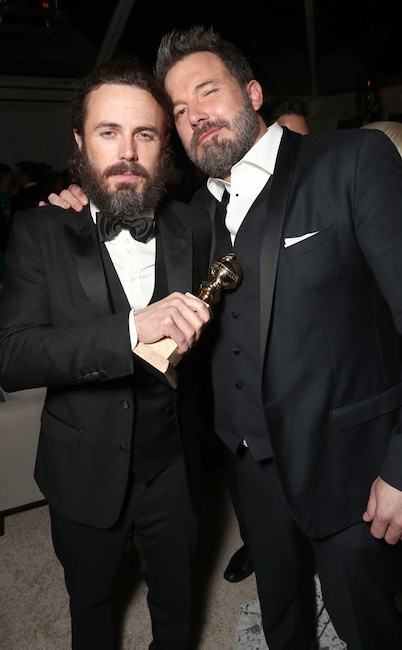 Long before the Oscar winners were thriving on film sets (among their joint projects: Gone Baby Gone and Good Will Hunting), they were just two kids trying to make it in their Boston neighborhood. “We kind of only had each other growing up,” Casey told Us Weekly in 2019. “My dad wasn’t around and my mom worked really early mornings until the evening, so we kind of were together in childhood and shared all that time and all those experiences.” 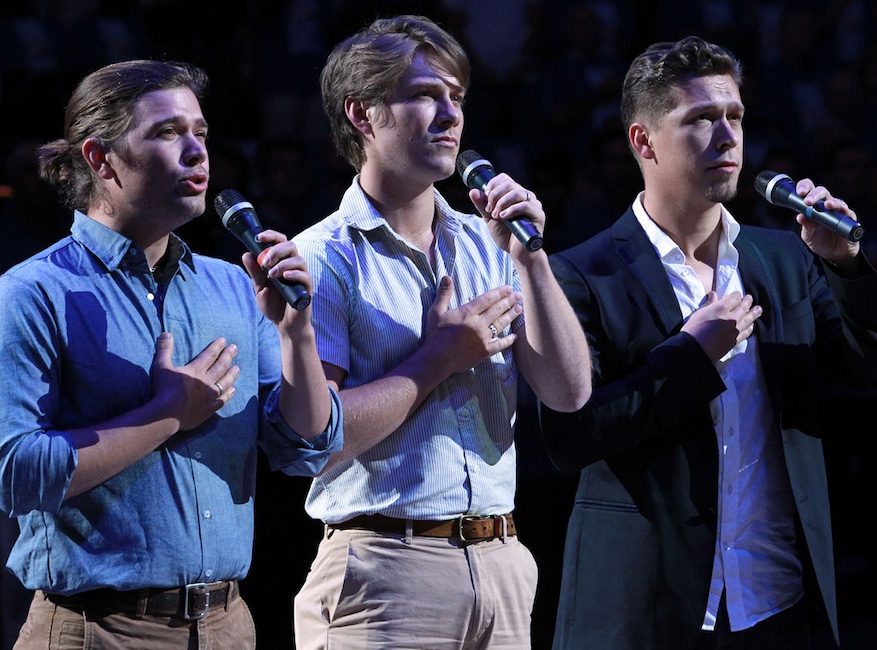 The Hanson Brothers of our youth may now be dads to a combined 13 kids (and have adopted the more streamlined moniker, Hanson), but they’re still MMMBop-ing along nearly two decades after their impossibly catchy debut. Let’s be real, you’re probably singing it to yourself right now. 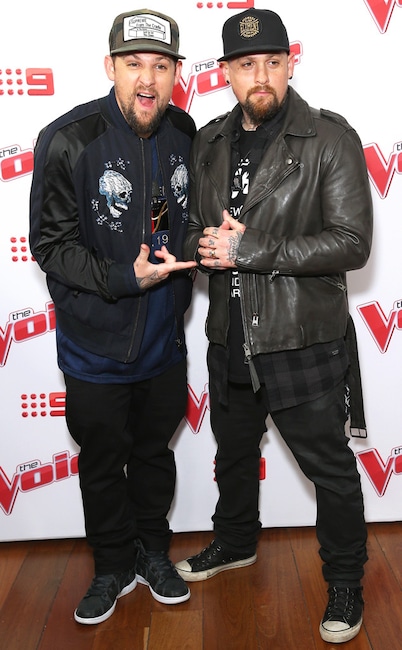 Safe to say these brothers totally rock: More than two decades after they founded Good Charlotte, they’ve also teamed up to form pop rock duo The Madden Brothers and artist management company MDDN. Not to mention, the double-date we’d most like to crash with their wives Nicole Richie and Cameron Diaz. 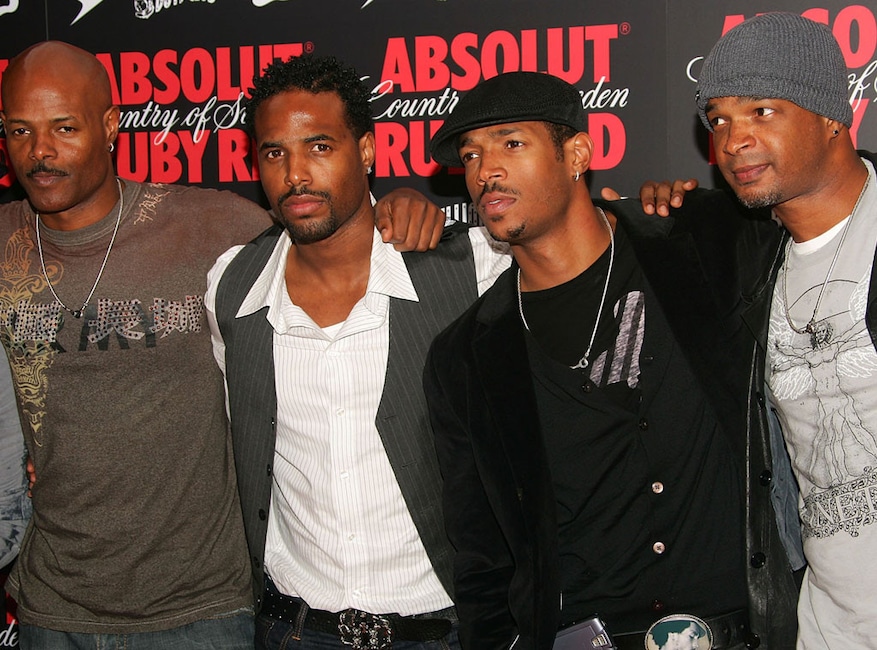 Three decades after the quartet of comedic geniuses had In Living Color viewers telling their friends, “Homey, don’t play that,” they’re all still collecting film and television credits. One standout: The Wayans Bros.’ five-season late 90s run. Hated it? Hardly. 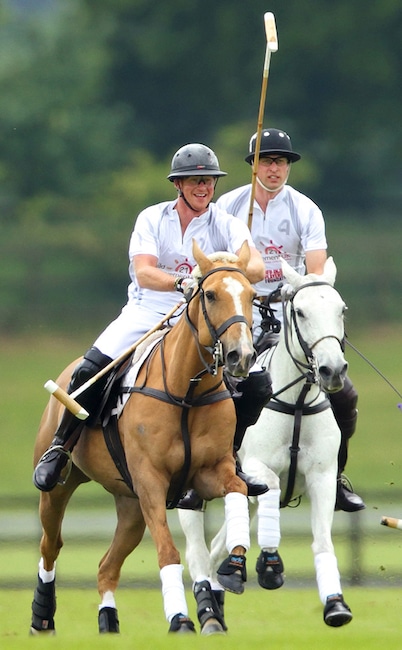 Sure, they’re not living out their forever in adjoining palace pads as we’d once hoped, but the royal heirs still charm. Even amid their rumored feud, Harry was still insisting in his 2019 doc, Harry & Meghan: An African Journey,  “I will always be there for him, as I know he’ll always be there for me.” 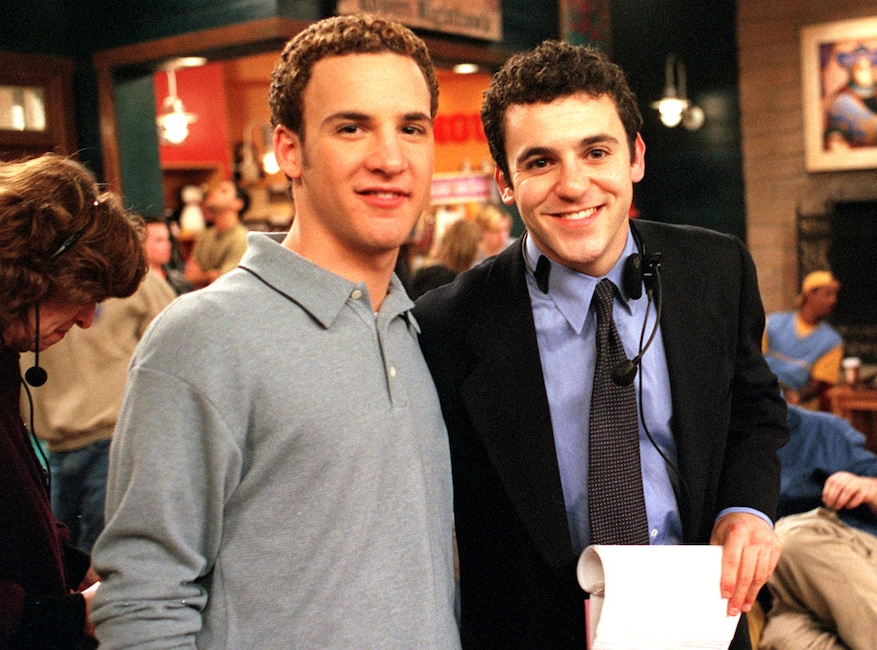 Between Wonder Years and Boy Meets World, these teen heartthrobs turned adult actors and directors, found their way onto many a Tiger Beat subscriber’s wall. 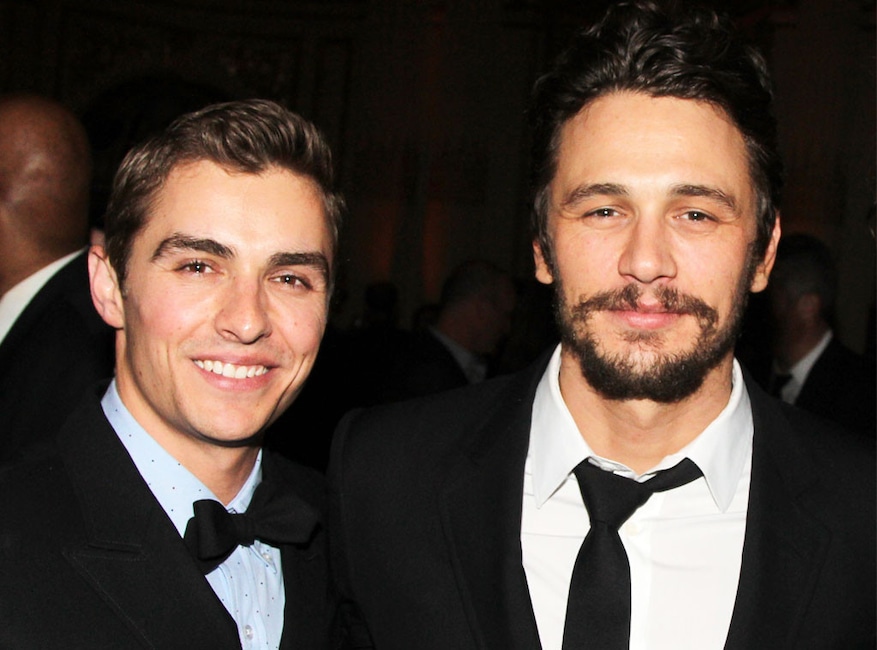 “I didn’t want people to think I was riding his coattails,” the younger Franco said of collecting roles in 21 Jump Street and Neighbors before teaming up with James for 2017’s The Disaster Artist. “When I was first starting out, everyone knew who [James] was and so I just made a choice that I just wanted to do my own thing for a little while.” But the Oscar-nominated film about cult flick The Room and its eccentric star Tommy Wiseau, he continued, “felt like the right time and the right project and the right dynamic.” 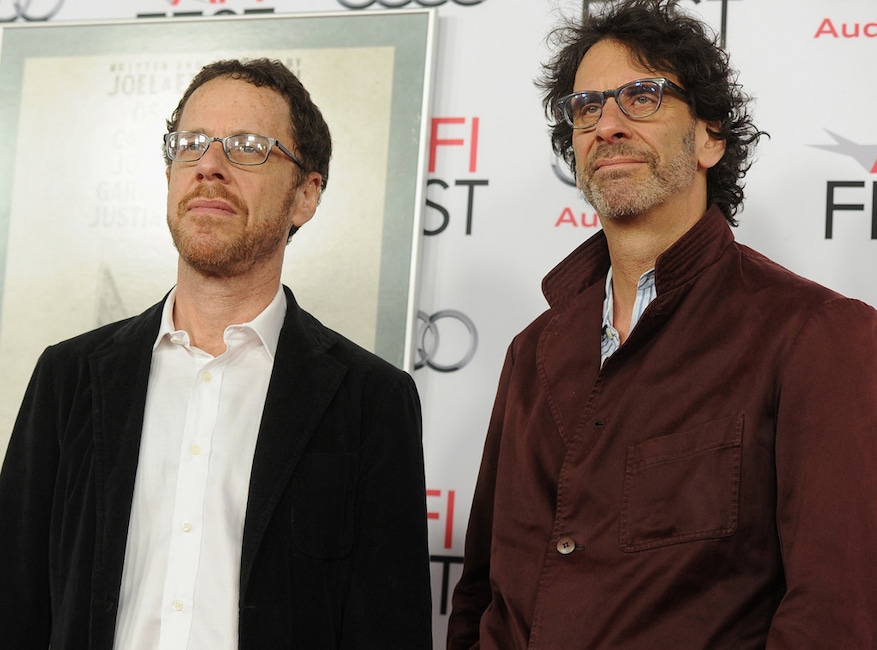 The tagteam behind Oscar-winning fare such as True Grit, Fargo, The Big Lebowski and No Country for Old Men, the filmmakers, referred to simply as the Coen Brothers, are known for their eccentric characters, penchant for the quirky and all-around skill that has cinephiles labeling them as some of the best in the business.